Facts and Stats about Cars

Why the word Car?

Ever wondered why you have to call your automobile a car? If yes here it is. The word “Car” is originated from a Latin word. The words ‘Carrus‘ or ‘Carrum‘ are the root words. Their meaning in Latin is ‘wheeled vehicle’. Some researchers also believed that the word ‘Carre’ is the root word. It means ‘two-wheeled cart’. All these words are originated from the Gaulish word ‘Karrot’. Which means any wheeled horse-drawn vehicle. 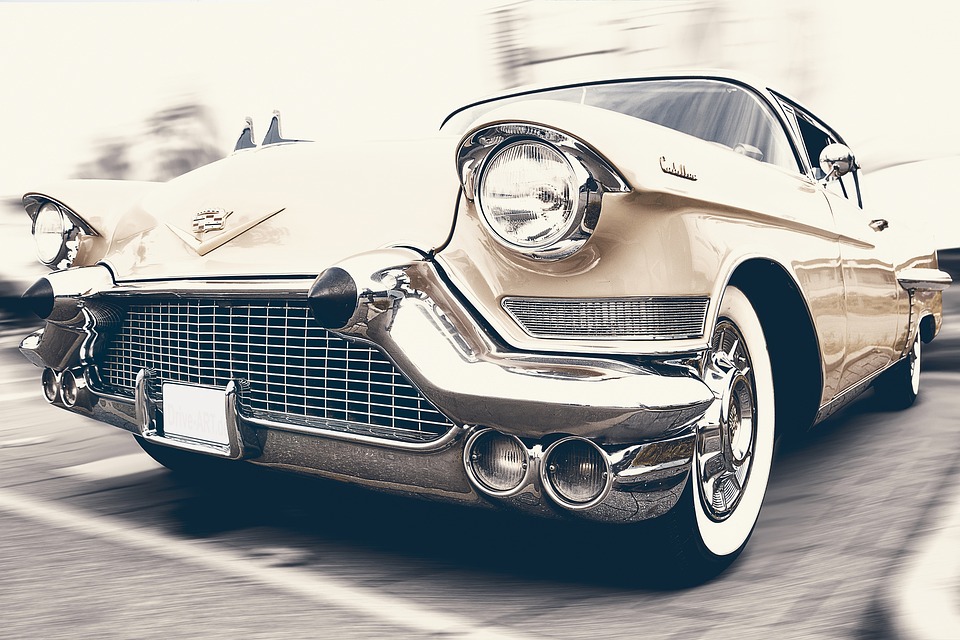 There are more Cars than People 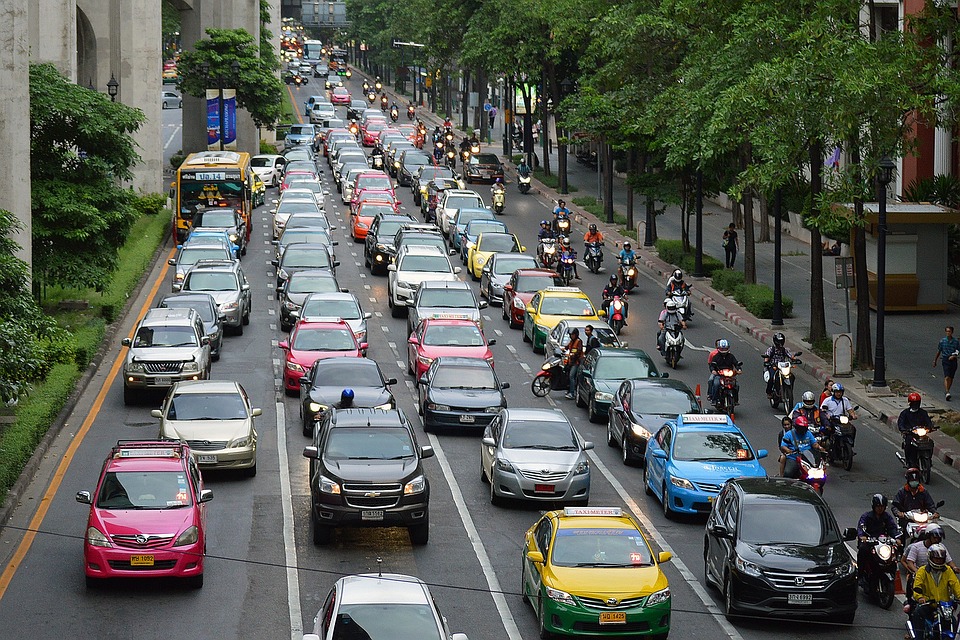 A finished product always hides the complexities of its making. When Cars are manufactured they undergo through many steps. The finished product is a classy vehicle. A normal Car has more than 30,000 parts in it. When all these different parts are put together in the right place we get our vehicle.

It is just like a mystery puzzle with 30,000 pieces. These pieces are all parts from screws to Battery. Maximum parts used in the building are recyclable. The Battery, Oil filters, Tyres, etc are all recyclable. This is the fact that the automobile is the most recycled product on earth. 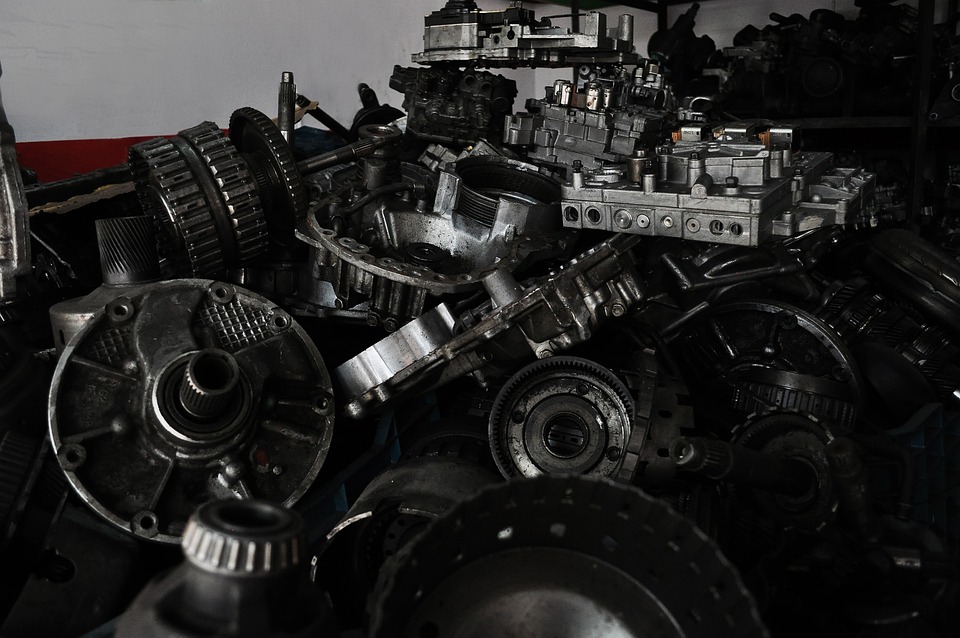 Electric Cars are not a New Invention

Once a day, you can hear someone talking about the future of Cars. The common thing is that in the future we will have electric cars. When you see many leading Automobiles manufacturer are jumping in production of Electric Vehicle the buzz is real.

Each and every individual wants a cheap mode of transportation. When Petroleum prices are skyrocketing the best alternative is Electric Vehicles. But, electric vehicles are not a new thing. They were being manufactured since 1905. Rauch and Laung were producing these vehicles. The reason to stop their production in 1920 is that they become a costly option. The fact is vehicle running on the petroleum were cheaper. The fuel prices were very low considering today’s prices. But the tables have turned today. We have consumed a lot of petroleum. Thus the only solution is Electric Cars. 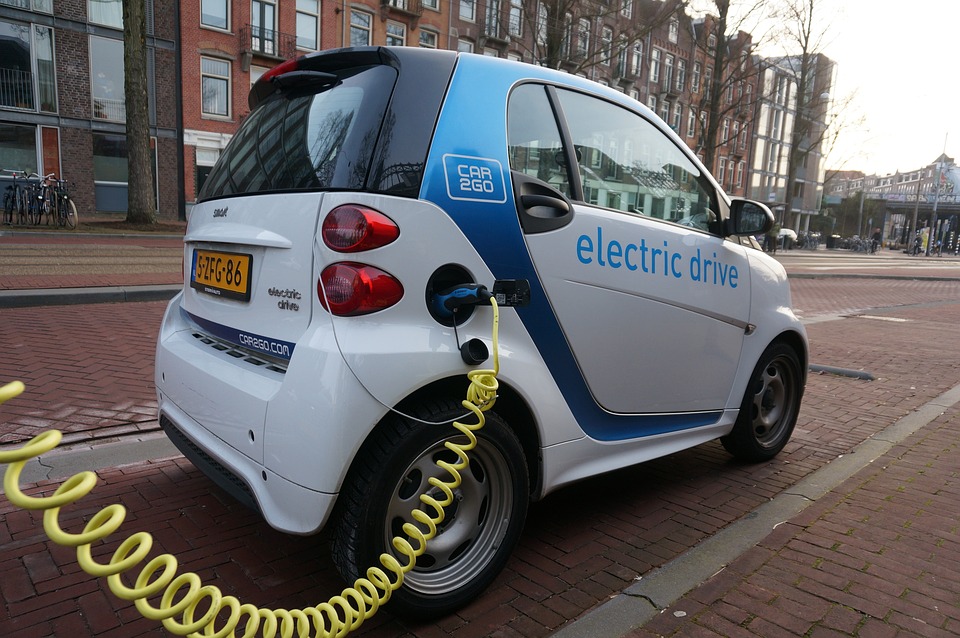 Formula 1 is the costly fair

When Cars enthusiast gathers from all over the world it surely is the big deal. One such event is Formula 1. It has its root in European Grand Prix Motor of 1920. The Formula is used as a set of rules to be followed. It is the event to show your expertise in building fast and safe cars. Teams like Ferrari, Mclaren, and Red Bull are highlights of this tournament. They spent more than $320 million for this tournament. This cost includes Research and development along with Team and Driver cost. 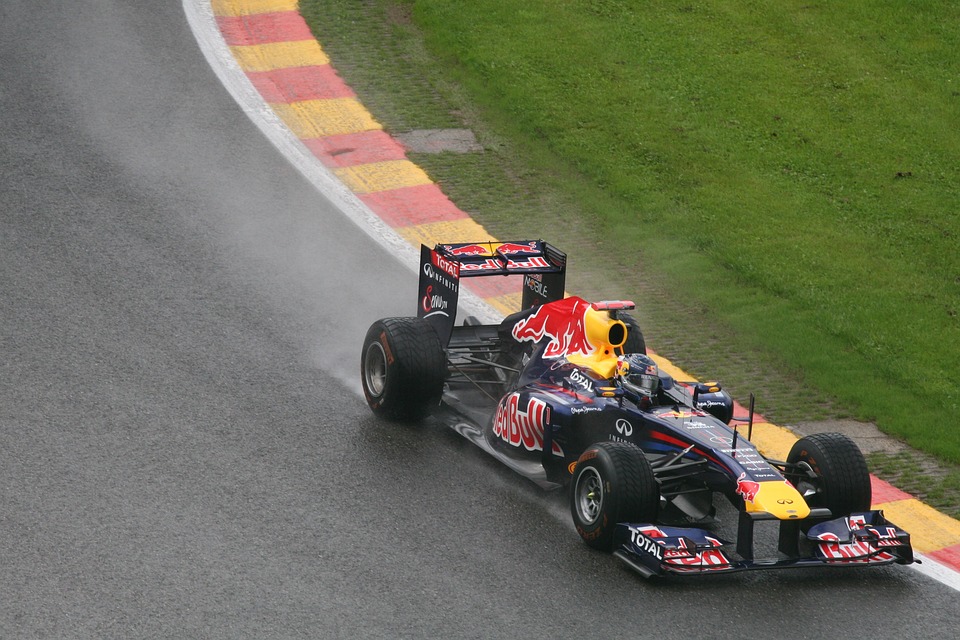 Have you ever wondered which is the fastest car in the world? If yes then here it is. Super vehicles are generally those which have a high power engine. In order to be the fastest, we are looking at the production cars. Vehicles with turbofan engine, like in the year 1997 are way faster. But they are not available to the public. We are looking for vehicles which are available to everyone.

An automobile manufacturer must make at least twenty models of a vehicle. Then only it will be considered as a production vehicle. The fastest production vehicle is Bugatti Veyron Super Sport. It holds the Guinness book record of highest speed. It has a top speed of 268 meters per hour or 431 kilometers per hour. This is the average top speed of vehicle measured in two runs in the opposite direction. 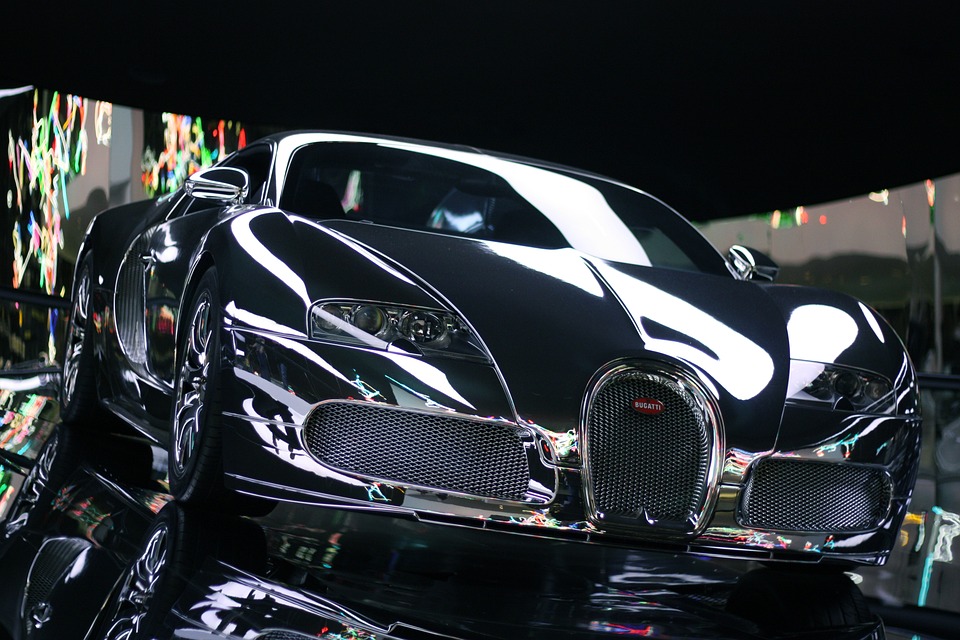 The most expensive production car in the world is full of surprises. It is a street-legal car coated with diamonds. It is “Koenigsegg CCXR Trevita” with the price tag of $4.8 million. Here we are talking about production cars. There are vehicles costlier than Trevita like Sweptail by Rolls Royals with a price tag of $13 million.

Trevita means ‘three whites’. Its carbon fibers are coated with real diamond dust. This coating gives Trevita a shiny, silvery-white carbon fiber. It also has a 4.8 liter, dual supercharged V8 engine. It generates an output of 1004 horsepower. The mechanics and quality of products used in both exterior and interior are mind blowing.

Highway Hypnosis is increasing every day

When you find a person telling that he/she does not remember what happened while driving. It may be because of Highway Hypnosis. It is also known as White Line fever. When a person is suffering from this hypnosis, his active brain is focused somewhere else. The Subconscious brain actually drives the vehicle. The person remembers everything inside his/her head.

Thus the subconscious brain acts accordingly and follows every rule. A person can drive miles like this. When awakened from this state Person does not remember anything while he/she was driving. Thus the driver conscious mind is focused elsewhere. Factually this Hypnosis is commonly found in professional drivers.

Self Driven Cars are knocking on the door

Gone are those days when Self Driven vehicle was a thing of future. Many such Cars are ready to hit the road in a couple of years. Leading Automobile Manufacturers and Tech Giants are ready with there products. Googles Self Driven vehicle is already in test mode in public streets. These vehicles are expected to be commercially available by 2020. It is believed that they will solve numerous problems in today’s vehicles. The number of accidents will surely be fewer thanks to their radars.

It is interesting to note that though the vehicle is self-driven it will require a license. Yes, you read it correctly. A self-driven vehicle would also need a license for driving on roads. Nevada was the first state in the US to issue such license. It was issued to allow Google to test its Driverless vehicle. Currently, there are three states which have issued such license. Nevada, Florida, and California are those states which have legalized Self Driven Vehicles. 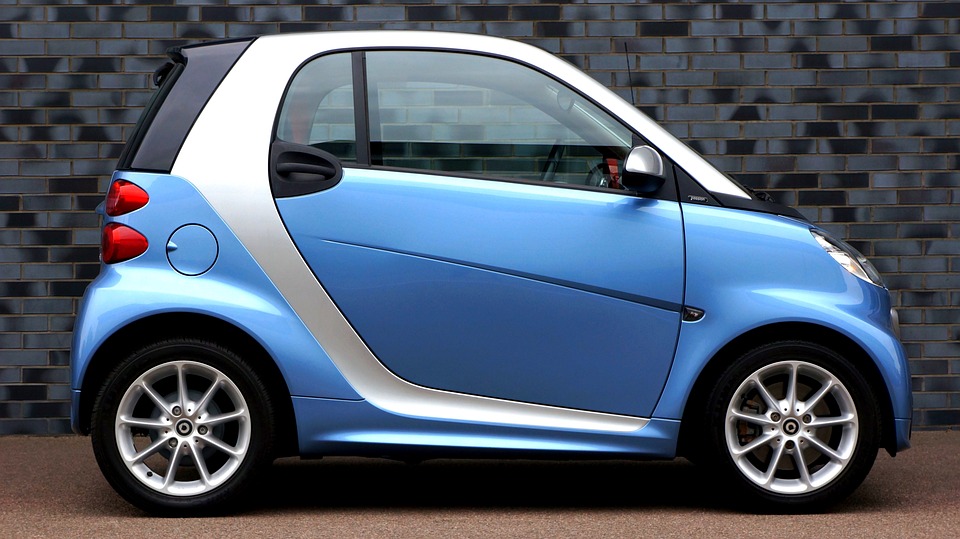 Tata Motors is the name known to every Indian. It is largely because of its contribution in building Indian Market. Tata Motors Limited is a USD 45 billion organization. It is a leading global automobile manufacturer. Tata motors shocked the whole world when it launched Tata Nano. It was the worlds cheapest car. 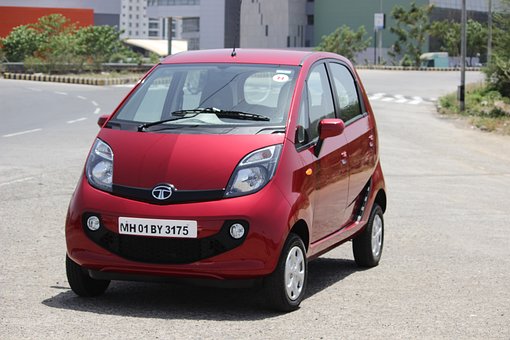 Volkswagen is not just Volkswagen!

Volkswagen is a reputation automobile developer. The Cars designed by Volkswagen are known for high-class performance. The Volkswagen Beetle is one of the best-sold cars in the world. But Volkswagen owns more than 12 different car manufacturing companies. Companies like Porsche, Audi, Bentley, Bugatti, Lamborghini are all owned by Volkswagen. The Overseas brands like Skoda, Seat, Scania, Man, and Ducati is also owned by it. Thus if you have a Volkswagen feel proud that you are related with these cars too. 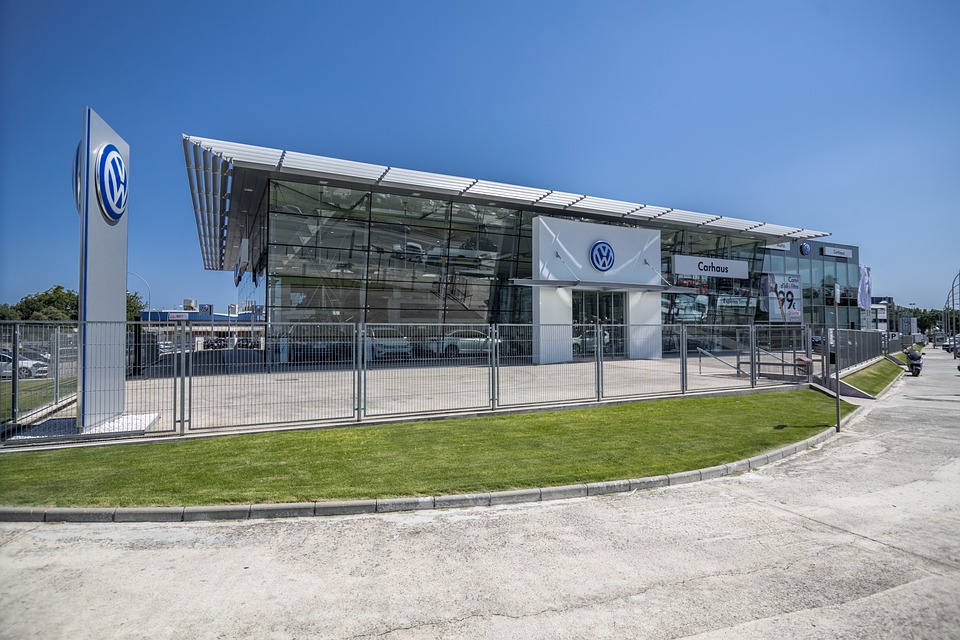