Facts and Stats about Burj Khalifa 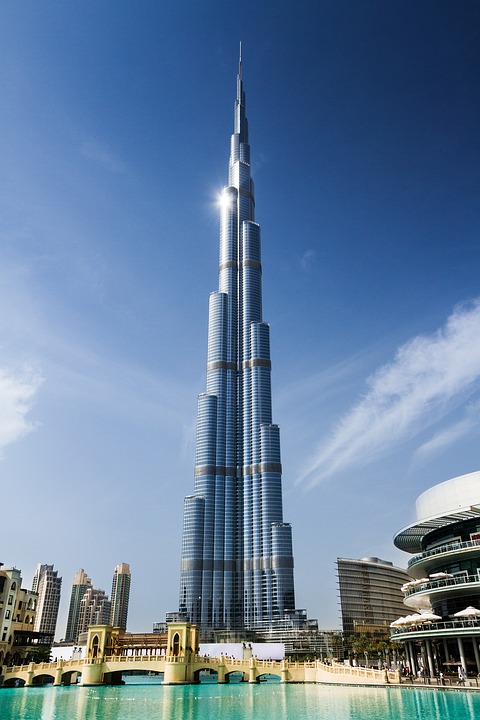 Initially named as Burj Dubai this building was renamed to honour the ruler of Abu Dhabi and president of United Arab Emirates, Khalifa Bin Zayed AL Nahyan. The UAE government and Abu Dhabi both lent Dubai money to pay its debts. With its opening, this skyscraper broke numerous record and designated as the tallest building in the world.

How long did it take to build Burj Khalifa?

The Construction of the Burj Khalifa stared in 2004 and took five years for the exterior to complete in 2009. The primary structure is reinforced concrete. In 2010 this skyscraper was opened as a part of a new development called Downtown Dubai which is now the city's busiest tourism hub. It is designed to be the centerpiece of large-scale, mixed-use development. All these development including construction of Burj Khalifa is based on the government's decision to diversify itself from an oil-based economy, and to make Dubai a dream destination for people all over the world and also to get international recognition 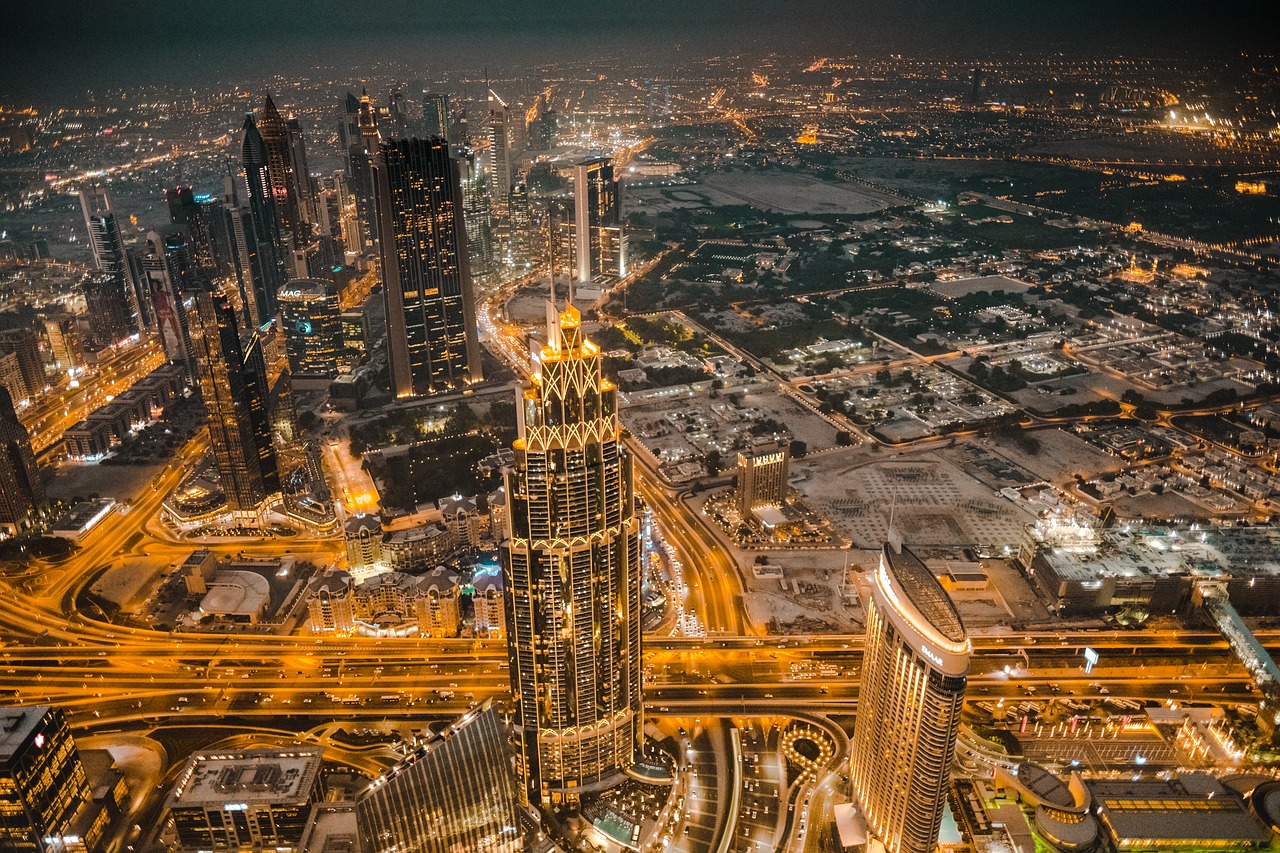 Who designed the Burj Khalifa?

The Burj Khalifa was designed by Adrain Smith of Skidmore, Owings & Merrill (SOM) which is an American architectural and engineering firm and has previously designed the Willis Tower and the One World Trade Center. The design is somewhat derived from the Islamic architecture of that region like the Great Mosque o Samarra. The Y-shaped tripartite floor geometry of the building is designed in order to optimize residential and hotel space. The structure contains a total number of 57 elevators and 8 escalators. To fight Dubai's hot summer temperature cladding system has been installed in the building, cladding in construction is a material which is applied to provide a layer that helps is providing thermal insulation and weather resistance.

Burj Khalifa garnered generally positive reviews and have received many accolades and records. Although the structure got critical acclaim, complaints were also raised from migrant labours (mostly from South Asian countries) about confiscating passports until duties were completed, and several suicides were also reported. Tallest buildings in the world

The air conditioner system collects air from the upper floors of the building where the air is cooler and cleaner as compared on the ground. At peak cooling times the tower's cooling is 46 MW (62,000 hp) which is equivalent to that provided by 13,000 short tons ( 12,000,000 kg) of melting ice in one day. The water is collected through a condensate collection system which is used to irrigate the nearby park. 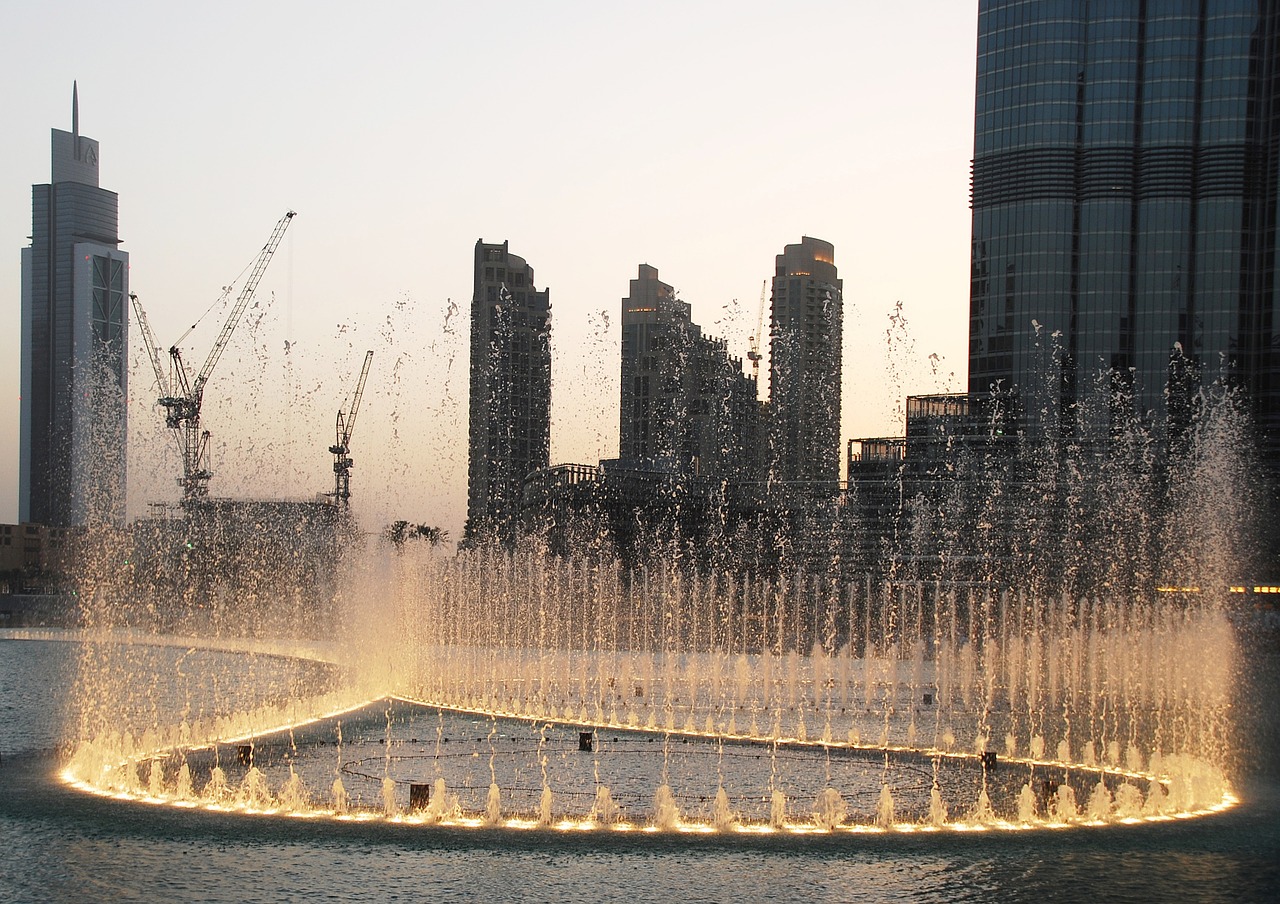 The Fountain System built outside of WET Enterprises worth of Dh 800 million (US$217 million), and is the second largest choreographed fountain in the world. The fountain is 270m long and shoots water 150m into the air, illuminated by 6,600 lights and 50 colored projectors. The fountain is followed by a range of classical to contemporary Arabic and other music. On 26 October 2008, the fountain was named as "Dubai Fountain" based on the results of a naming contest.

How much water does Burj Khalifa supply?

Burj Khalifa's water system is probably one of the largest among skyscrapers which supply on an average of 946,000 L of water every day through 100km of pipes. There is an additional 213km of a piping system which supports the fire emergency system, and 34 km of piping serves chilled water for the air conditioning system. The waster water system uses gravity in order to discharge water from floor drains, plumbing fixtures, mechanical equipment, and stormwater, to the city municipal server 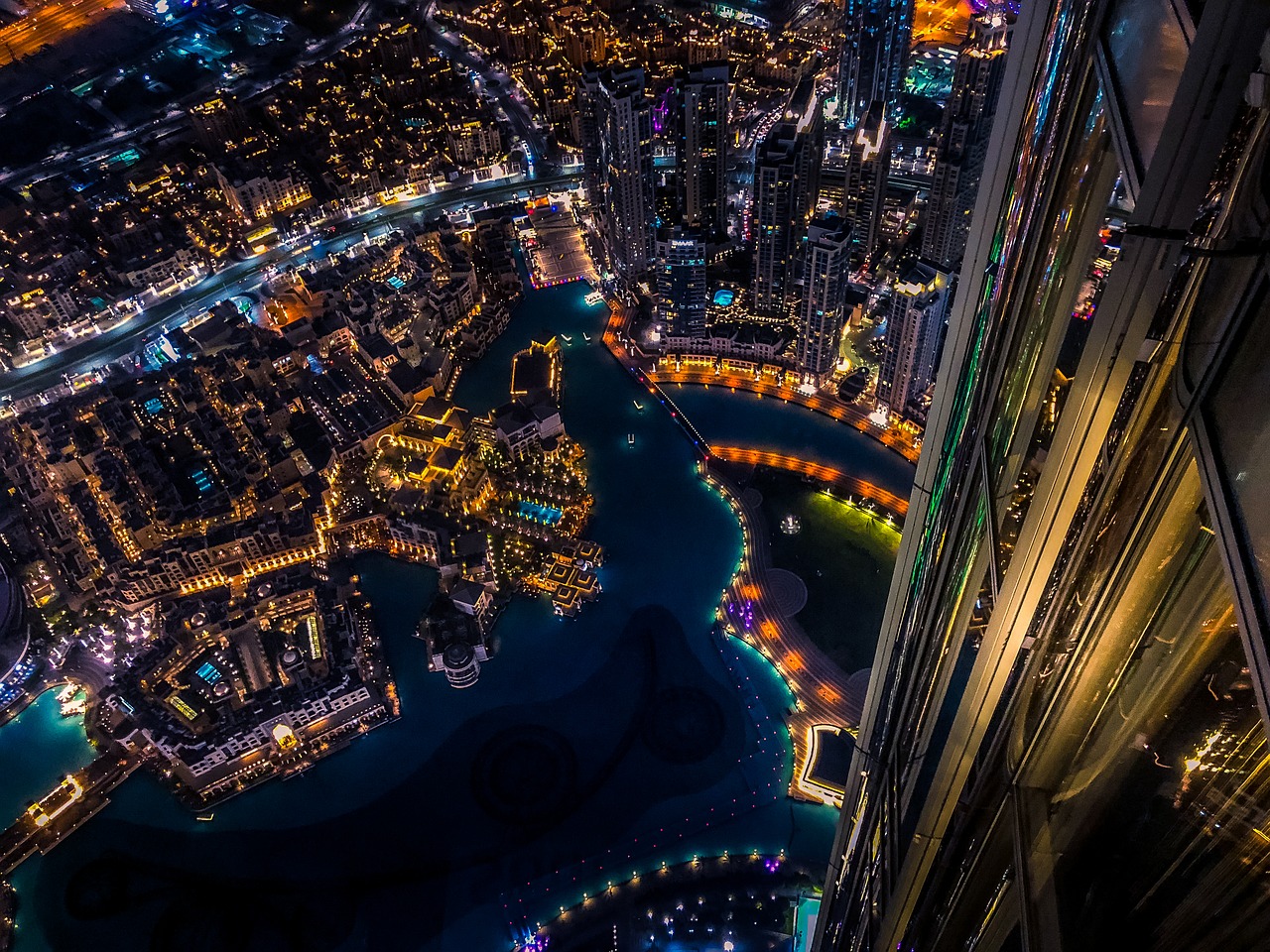 View from top of Burj Khalifa

How much time does it take to clean Burj Khalifa?

Burj Khalifa consists of a total 24,348 windows which cover an area of a 120,000-meter square, the building has three horizontal tracks which each holding a 1,500kg bucket machine. Above level 109, and up to tier 27 and the glass spire, traditional cradles from davits are used. The top of the building is cleaned by a crew that uses ropes to descend from the top to gain access.