Facts and Stats about the Taj Mahal

India’s most iconic mausoleum, the symbol of love, the most beautiful and romantic building in the world the Taj Mahal has awed millions of visitors with its serene beauty. It is India’s most popular tourist attraction. The history of Taj Mahal is indeed more fascinating than what we all have been hearing and reading for years. There are probably a few things that you don’t know about India’s most ornate mausoleum. Let’s look at some Facts and Stats about it.

Why was Taj Mahal Built?

The Taj Mahal was built to honor the favorite wife of emperor Shah Jahan, Mumtaz Mahal. She was emperors first love and their union lasted 19 years and led to the birth of 14 children. Complications during the birth of their final child led to the death of emperors beloved wife Mumtaz Mahal. Shah Jahan was so stricken by the loss of his longtime companion that he decided to memorialize their relation as “symbol of love” presently known as Taj Mahal. 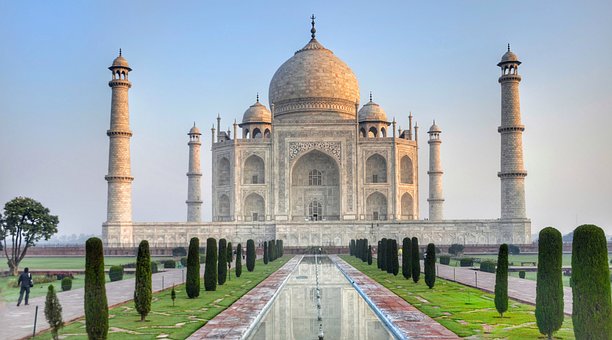 How long does it take to build the Taj Mahal?

It took over two decades to complete this historic monument. The construction begins around 1632, one year after the death of Mumtaz Mahal and finished in the year 1653. Thus it took an estimated 22-year’s to complete this engineering marvel.

Shah Jahan spent nearly 32 million rupees on the construction of what we now recognize as the epitome of love. Wondering what would be the value of money at present? Well, today the amount would be close to $ 1 Billion.

How many labors were used to build Taj Mahal?

An estimated 20,000 laborers were recruited from all over Asia to contribute to the massive project. These labours lived near construction site and there living quarters, recreational places are now a nearby neighborhood. More than 1,000 elephants and other animals were used in transportation of heavy materials and supplies to the construction site.

Why are the four minarets of Taj tilted outwards?

The four minarets (towers) surrounding the Taj Mahal have constructed farther away from the main structure than usual. The minarets of this architecture also lean slightly outward rather than stand straight. This is a strategic choice so that the minarets would fall away from the main tomb in an event of a collapse. Thus the grave would be prevented incurring any damages when the 130-foot tall towers will collapse. 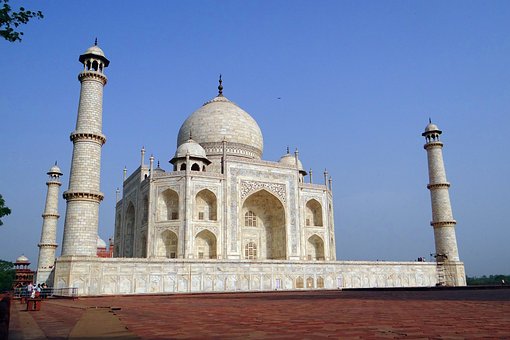 Tilted Minarets of the Taj Mahal

The well famous story of arms of artist who build this majestic architecture being cut-off to make sure that they cannot build such monument agian is a hoax. Ustad Ahmad Lahauri (a Persian from Iran) who was the supervisor of the architect team, who build the Taj laid the foundation of Red Fort too.

Why one chamber of Taj Mahal is not decorated?

As per the Islamic tradition, graves aren’t supposed to be decorated. In Islam, graves cannot be adorned with elaborate decoration, which would be an inappropriate expression of vanity. Perhaps this the reason why Shah Jahan and his wife Mumtaz were buried in a plain crypt beneath the inner chamber of Taj Mahal.

The Taj changes its color depending on the amount of light and time. In the sense, the Taj would appear to be pinkish in the morning, milky white in the evening and golden at night when illuminated by the moonlight. The white marble of the Taj is responsible for this effect. These changing colors are a resemblance to the changing moods of emperors wife. 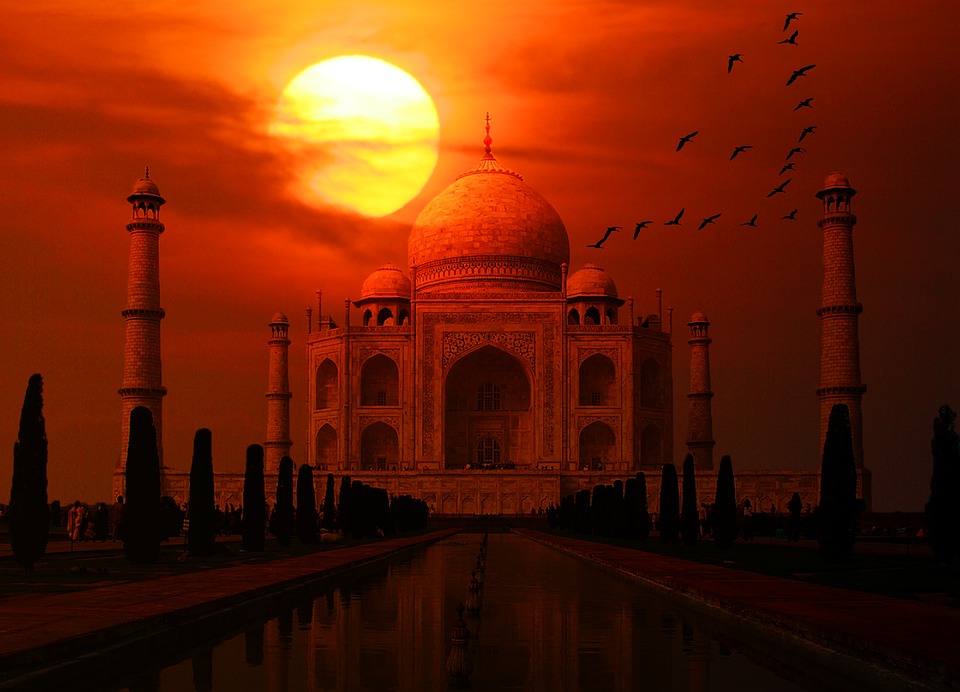 Why was Taj Mahal hidden?

The Taj Mahal’s status as a major tourist spot and an Indian icon has made it a vulnerable target in times of wars. During several wars between India and Pakistan and during World War II, the Indian Government has gone to great lengths to protect their valued landmark from attack. Architects afraid from airstrikes targeting monument came up with the plan to hide the structure. They added extensive covering of bamboo which concealed the structure from airborne bombers.

A total of 28 types of precious and semiprecious jewels are set in the marble. The turquoise which is used in construction came from Tibet, and another precious jewel jade came from China. The main building material which is Heavy White marble was transported from neighbouring state Rajasthan.

Why was Taj Mahal’s Garden Transformed?

Early accounts of the Taj Mahal’s original garden includes rich foliage, more than 60 flowerbeds, abundant daffodils, roses, and fruit trees. It was then by the end of the 19th Century the British Empire took control over three-fifths of India and they changed the landscaping according to their liking which resembled the lawns of London. The Taj Mahal’s garden which were reflection of Indian culture adopted a subtler character, more common to British gardens. 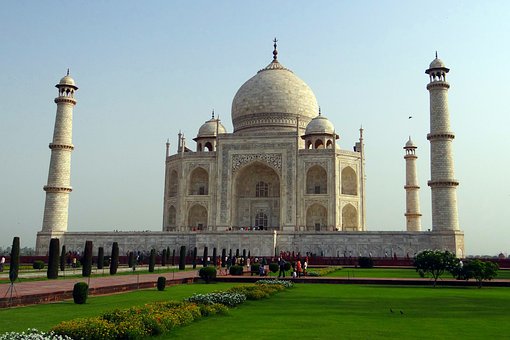 Why is Taj Mahal turning yellow?

The Taj Mahal’s shiny white marble is turning yellowish in color because of extreme air pollution in Agra. Only electric vehicles are allowed near the structure, and a 4,000-square-mile environmental radius was declared around the monument to help control emissions. The rule was put into effect to prevent exhaust from gasoline-powered vehicles from further tarnishing the exteriors of the monument.  Electric buses are available for visitors from the parking area to the Taj Mahal. This monument is also a no-fly zone. 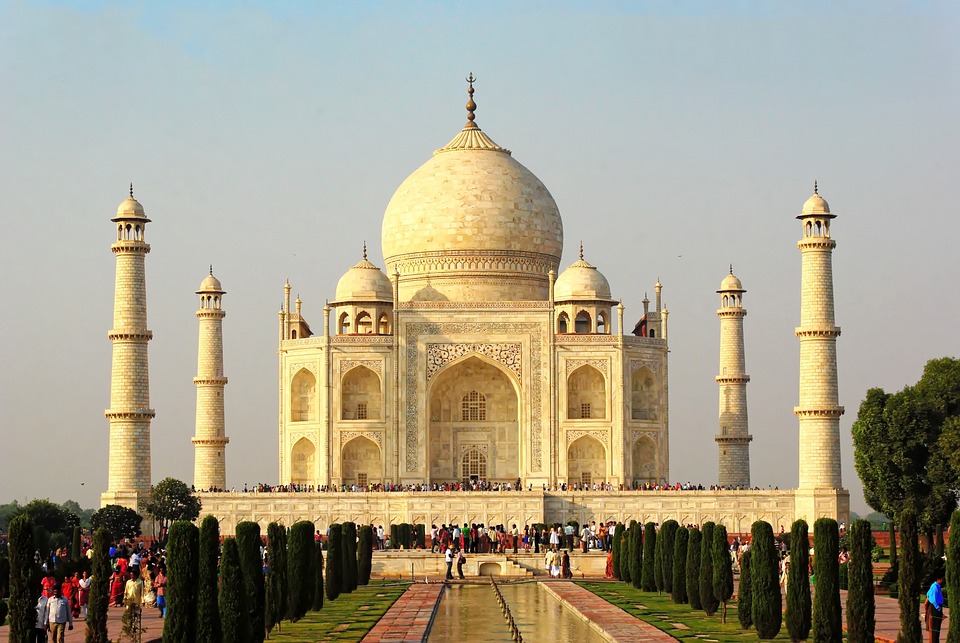 The Taj Mahal is closed on Fridays for prayers since it has an active working mosque in its premises.

Why was Shah Jahan not allowed inside Taj Mahal during his final years of life?

In the year 1658 Shah Jahan was put under house arrest by his son, Aurangzeb. When Shah Jahan fell gravely ill, two of his sons with Mumtaz Mahal, Dara Shikoh and Aurangzeb, had begun fighting. Shah Jahan sided with Dara, but Aurangzeb emerged victorious, killing Dara and imprisoning their father in  Agra to undercut any attempts to return to power. Shah Jahan was only able to view his best creation from his window. He spent last eight years of his life in imprisonment before being entombed there.