Facts and Stats about Ancient Egypt

Ancient Egypt is considered to be one of the oldest civilization in the world, the first people to live were hunters and fisherman who live on the bank of the river Nile. Later they learned to grow crops, began to build houses, and also learned to sailboats which boosted trading with neighboring states. Later Kings of Egypt called Pharaoh built massive and impressive monuments, temples and pyramids and some of them are still there attracting millions of tourists worldwide. 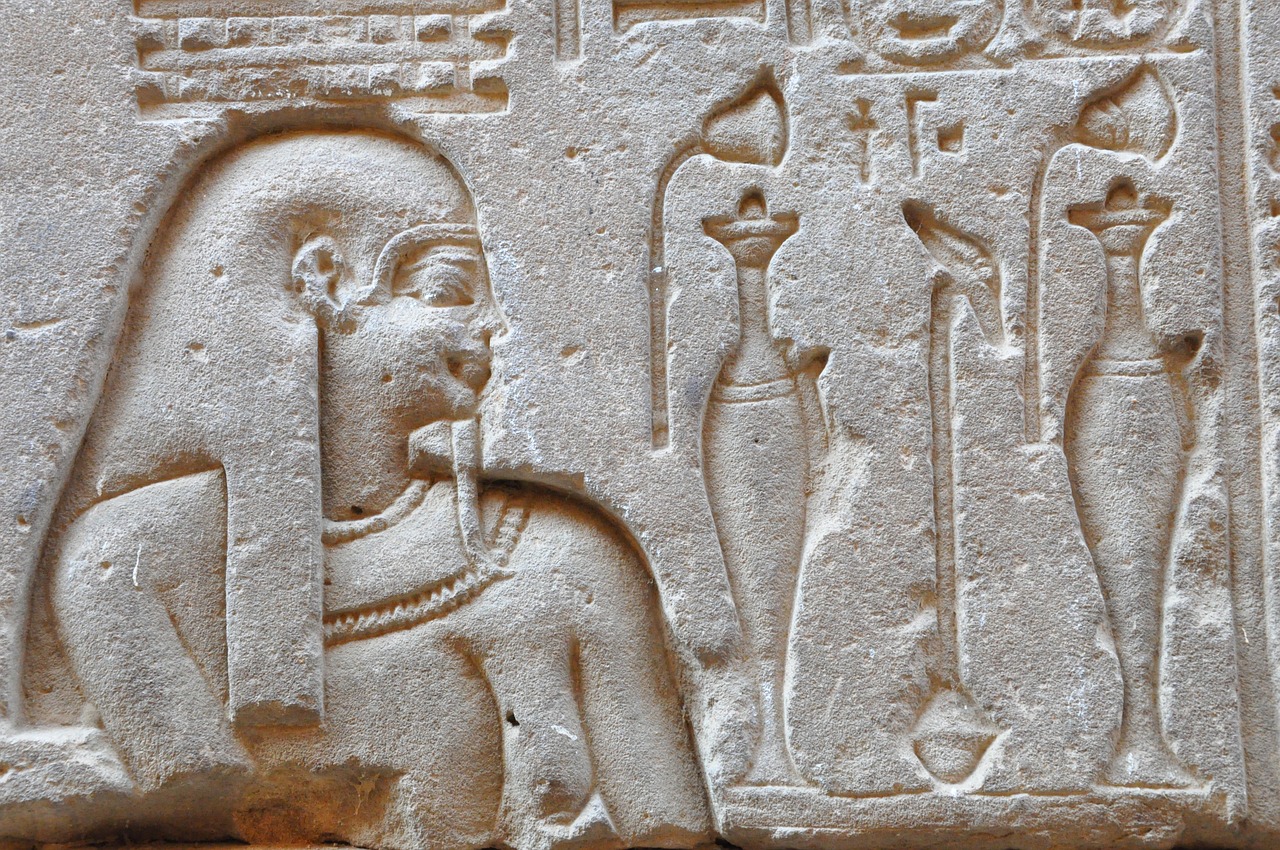 What are the pyramids?

The pyramids of Egypt do not require any speculations concerning its appearance, size, and shape. It is the oldest, yet it is the only surviving of the SEVEN ANCIENT WONDERS of the world. Ancient Egyptians built pyramids as tombs for the pharaohs and the queens. 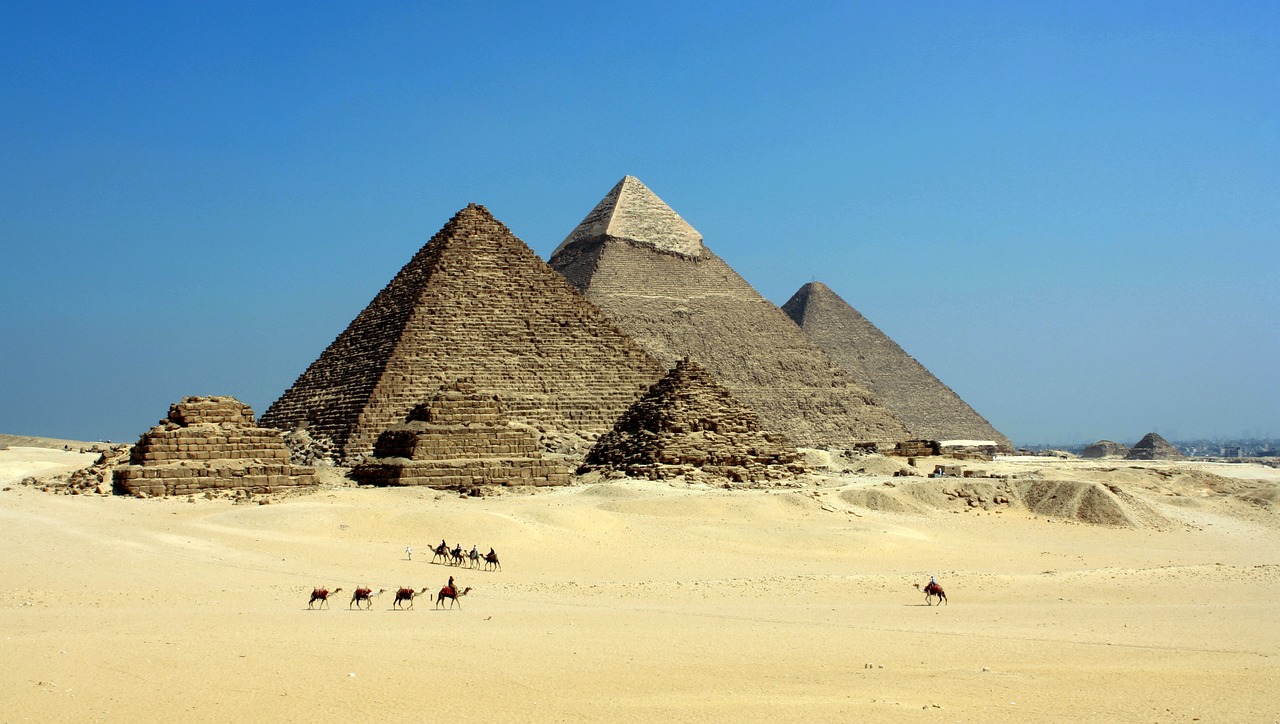 The most well-known of these pyramids were built for the pharaoh Khufu. It is known as the ‘Great Pyramid’. It is 756 feet long on each side and 450 feet high. It is made up of 2300000 blocks, each weighing two and a half tons. The other two pyramids are the pyramid of Khafre and the pyramid of Menkaure.

Between 2630 BC and about 1530 BC, ancient Egyptians Built about Ninety Pyramids. Thieves and robbers plundered and destroyed most of the Pyramids. The three largest and the best preserved of these were built at Giza. It took 20 years for 100000 slaves to build it. It required 112 men to lift each separate block. 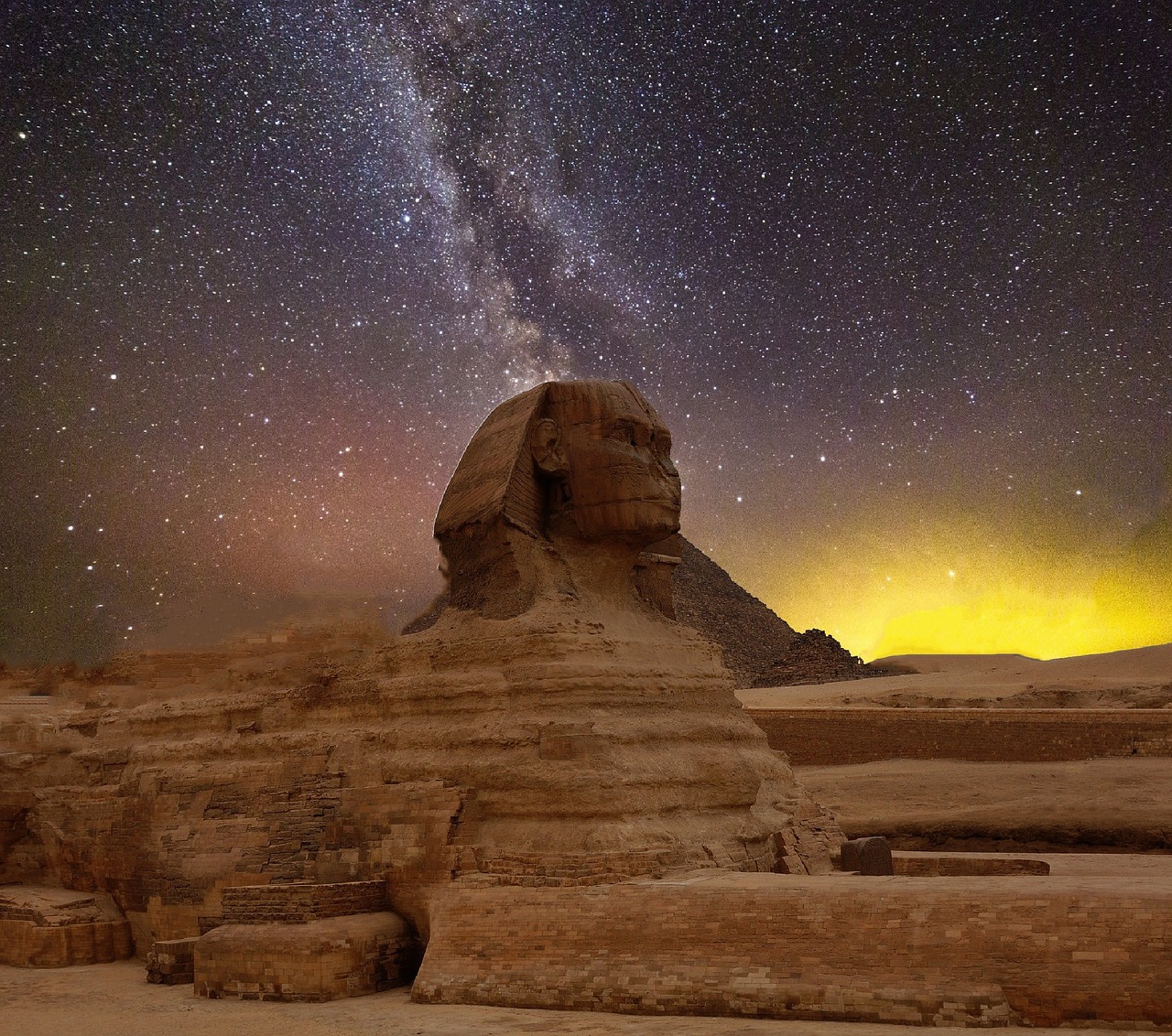 The great Sphinx is a large human-headed lion that was carved from a mound of natural rock. It is located in Giza where it guards the front of Khafra’s Pyramid.

Most pyramids rose from the desert plateaus on the west banks of the Nile, behind which the Sun Set. The Egyptians believed that a dead monarch’s spirit left the body and traveled through the sky with the sun each day. When the sun sets in the west, the royal spirits settled into their pyramid tombs to renew themselves.

Why were the pyramids built?

The pyramids are huge monumental tombs for pharaohs and nobility. The Egyptians believed that dead people’s spirits could live on after death if their bodies were carefully preserved. It was specially important to preserve the bodies of dead pharaohs(Egyptian Kings) and other nobles. Their spirits would help the kingdom of Egypt to survive. So they made dead bodies into mummies, and buried them in these splendid tombs along with clothes, jewels and models of everything they would need in life after death.

How was a pyramid made?

By man-power! Thousands of laborers worked in the hot sun to clear the site, lay the foundations, drag building stone from the quarry, and lift it into place. Most of the laborers were ordinary farmers, who worked as builders to pay their taxes. Expert craftsman cut the stone into blocks and fitted them together.

What did Ancient Egyptians invent?

Ancient Egyptians were also good in mathematics and calculation and invented lots of things such as the calendar, lock and keys, build buildings, medicine, cosmetics, musical instruments, and even toothpaste. 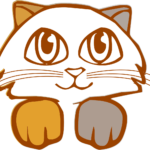 Which animal did Egyptians considered sacred?

Ancient Egyptians believed Cats to be a sacred animal. It was believed the Cats brings good luck to their household. 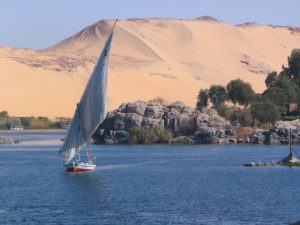 Why was the river Nile so important?

Because Egypt got hardly any rain. But every year the Nile flooded the fields along its banks, bringing fresh water and rich black silt which helped crops grow. Farmers dug irrigation channels to carry water to distant fields. 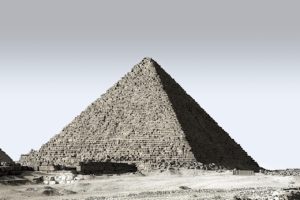 What are the Pyramids made of?

How was Corpse mummified?

Making a mummy was a complicated and expensive process. First, soft, internal organs were removed, then the body was packed in chemicals and left to dry out. Finally, it was wrapped in resin-soaked linen bandages, and placed in a beautifully decorated coffin.

The Mask of Tutankhamun 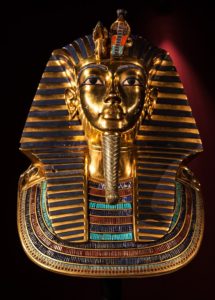 The mask of Tutankhamun is a death mask of the 18th-dynasty Egyptian Pharaoh Tutankhamun, and it is the best-known object from ancient Egypt. Discovered by Howard Carter in 1925. The Tutankhamun's burial chamber was found at the Theban Necropolis in the valley of the kings in the year 1922 and it was opened in 1923. It took another two years for the excavation team to be able to open the heavy sarcophagus containing Tutankhamun's mummy.

On October 1925, they were able to open the innermost of the coffins to reveal the beautiful gold mask, seen by people for the very first time in approximately 3250 years.

Tutankhamun's mummy lay within a nest of three golden coffins in order of decreasing sizes. The innermost coffin was made up of thick sheets of beaten golds and weighs 114.4 kg which makes it the world's most expensive coffin.

The mask of Tutankhamun is considered to be one of the most well-known piece of art in the world.

How did Egypt empire end?

The Egypt empire began to weaken in 700 BC where it was conquered by several other empires and the first to conquer was the Assyrian Empire. After about 100 years later it was occupied by Persian Empire.

Then again in 332 BC, Alexander the Great conquered Egypt and a new Dynasty called the Ptolemaic Dynasty. Finally, the Romans came in 30 BC and Egypt became a province of Rome.